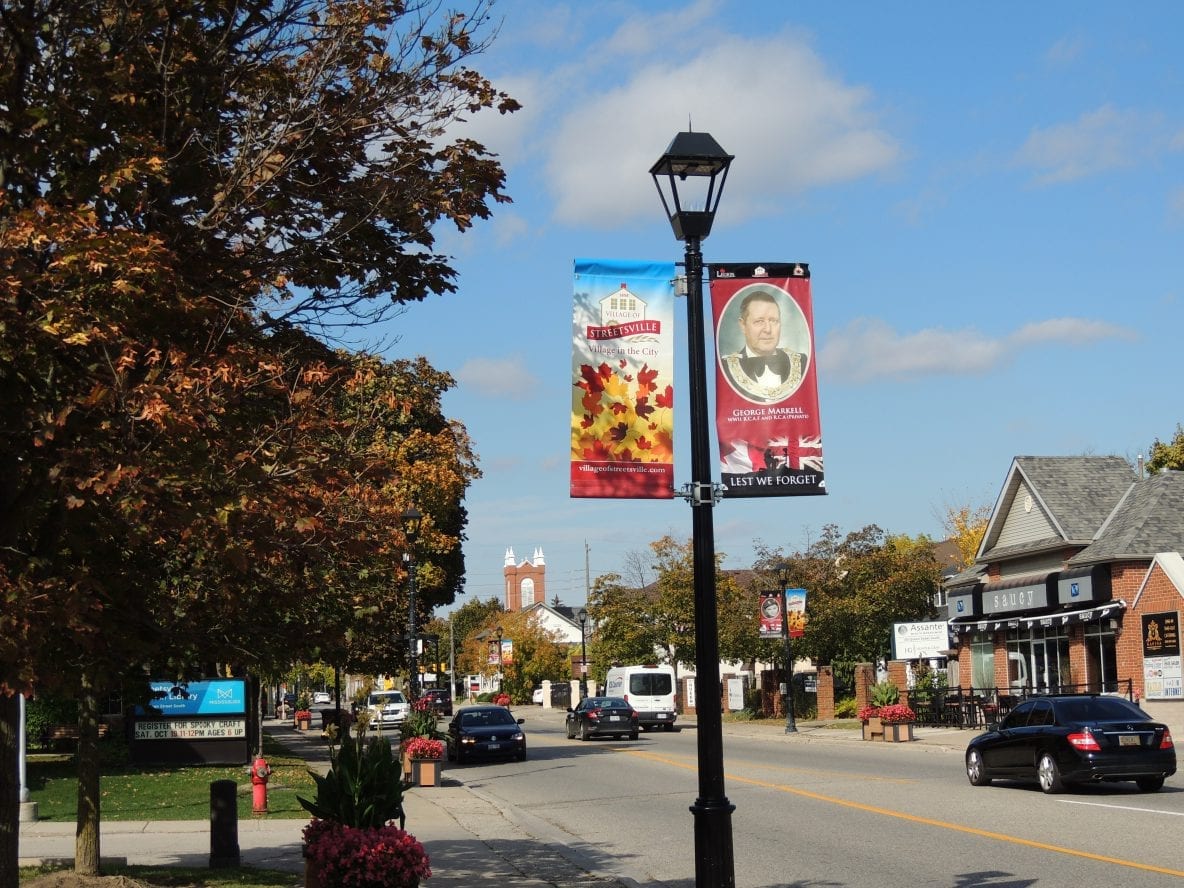 At the eleventh hour of the eleventh day of the eleventh month the guns fell silent.  The centenary of the end the First World War is being commemorated by innumerable events across Canada and the world.  In small towns and in major centres special effort is being made to mark the anniversary.

In 2018, the Royal Canadian Legion, Branch 139, in cooperation with the Streetsville BIA initiated a new way to recognise and honour the efforts and sacrifices made by local citizens in serving their country.  In advance of Remembrance Day, banners  are  hung on the light standards in town that feature pictures, branch of service and unit/regiment of those who have performed military service in the World Wars, Korea, Afghanistan, and in UN or NATO operations.  A veteran includes any person who has served in the armed forces whether during time of war or peace.

It is difficult for those who haven’t experienced or at least trained for military service to even conceive of the privations those who served in the trenches and other fields of battle endured.  The idea for such banners has been spreading across the country as more and more communities recognise the importance of memorialising those who have served and reinforcing the need to remember the reasons why such sacrifices were, and continue to be made.

This project will be continued in years to come.

We Canadians are privileged to live in a country that has not seen the scale of destruction that major conflict wreaks and for that we should be eternally grateful.  Whether they saw long service or short, were killed, wounded, or came through unscathed, were deployed overseas or contributed domestically, all who have shown their commitment to their country, family, or ideals are deserving of our everlasting appreciation.